The public program includes Aboriginal and Torres Strait Islander Art in the classroom, presented by Art Gallery of South Australia. Wednesday 12 February 4.30-7pm, with bookings essential. There will also be School Discovery Tours run daily Monday to Friday, with bookings essential. A Mindi Workshop, artist talk and curator talk will be held in March to close the exhibition.

A Mindi is a traditional grass basket historically used to carry message sticks. In this 3 hour workshop participants will be introduced to traditional weaving ideas and techniques unique to the Far North Queensland area. Participants will be able to create their own Mindi from plastic coated electricity wires to take home. Booking essential

The Girringun artists’ superbly handcrafted works, displayed alongside collection objects and historic photographs from the South Australian Museum, provide a unique opportunity for the Port Pirie region to view and engage with the distinctive Aboriginal rainforest art traditions and culture from the Girringun region of far north Queensland.

Girringun Aboriginal Arts Centre Manager, Dr Valerie Keenan, has guided the Arts Centre since it was established in 2008.  She said, “Traditional culture is pivotal to the creativity of Traditional Owner artists in the Girringun region. This exhibition not only demonstrates this creativity but also provides visible evidence of an evolution of objects created for use, such as tools, to objects with a more aesthetic purpose.”

The artists’ ancestral tools, Bagu (body) with Jiman (sticks), were traditionally used to make fire, but today have been transformed into an iconic art form by the Girringun artists. Made from clay, timber and string, and painted with ochres, these artworks evoke the spirit of the old people.

Dr Keenan said, “The contemporary objects are instilled with newer values which reflect aesthetic taste, authenticity, economic pressures and an element of nostalgia. Displayed side by side, the new and the old, the objects create a dialogue of contrast and of change.”

Mr Abe Muriata, a Girramay Traditional Owner, said “I am a Girramay man, an artist and a weaver. I make Jawun, the bicornual basket. My work is a culmination of ten years’ learning and it has essentially been a re-learning of a nearly lost craft.”

Mr Muriatacontinued, “One of my Jawun is included in this show. Beside the really beautiful Jawun which has been loaned from the South Australian Museum, my Jawun pales in comparison. Honed by thousands of years of craftsmanship, the old basket embodies the perfection of skill at the hand of the maker who learned their knowledge as a kind of apprenticeship.”

Manggan – gather, gathers, gathering is a partnership between Girringun Aboriginal Art Centre and the South Australian Museum and is being toured by Museums & Galleries Queensland. It is touring nationally to 13 venues in regional Queensland, New South Wales, Victoria and South Australia throughout 2017 – 2021.

The Girringun Aboriginal Art Centre, based in Cardwell, represents artists from nine Traditional Owner Groups: the Nywaigi, Gugu Badhun, Warrgamay, Warungnu, Bandjin, Girramay, Gulnay, Jirrbal and Djiru people. The traditional country of these groups covers some 25,000 square kilometres of country from north of Townsville, south west to Clarke River, north to the Mission Beach area, west to Ravenshoe and east to include Hinchinbrook and the Family Group Islands. 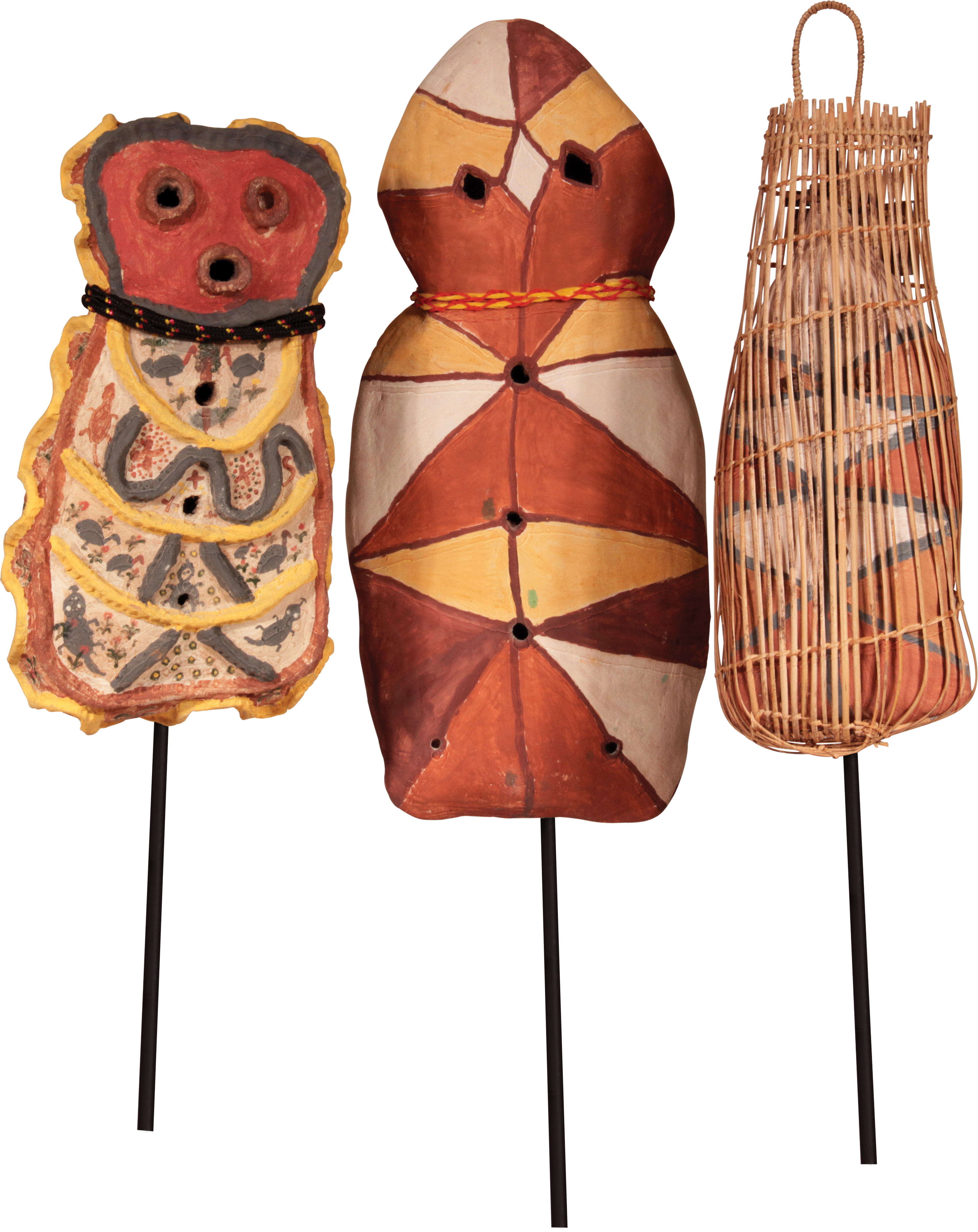